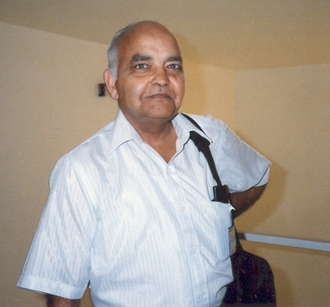 The Patient Advocate has known about the ImmuKnow test from Viracor for several years. Here are some quotes from the ViraCor site:

“ImmuKnow is the first and only FDA-cleared blood test to measure the vitality of a patient's immune system.”

This means that the test is regulated and that it does as advertised. The ImmuKnow test takes a small sample of blood and exposes it to a proprietary reagent (made by Cylex) that stimulates the CD4 cells. ATP activity is measured in these CD4 cells. ViraCor has created a scale (<225 – weak immune response, 225-525 – moderate immune response and >525 – strong immune response) and this test is a measurement of immune function. The ImmuKnow test is used for tracking immune function in AIDS management and in transplant patients who take immunosuppressant drugs. It is being tested in diabetic patients undergoing Islet Cell transplant. At a CFS conference, Dr. Dharam Ablashi (see picture above) suggested using it for CFS. The PA is unaware of anyone with CFS actively doing it - except for his daughter. A number of CFS patients were given this test and their average number was 281. Further information on the ImmuKnow test is available at the ViraCor website. The ImmuKnow test is a quick and easy blood test that can be done through various labs, including Focus Diagnostics.

Ablashi’s study of 2005, using Dr. Daniel Peterson’s patient population, tested the functionality of the global T-cell response using an FDA cleared response for cell-mediated immunity assessment (Cylex Immune Function Assay, ImmuKnow) - and these cellular responses were compared to patients with HIV and immunosuppressed transplant patients. The ImmuKnow test was assessed based on the amount of ATP expressed in ng/ml. All three groups has median immune function that was not statistically different. The transplant patients averaged 259 ng/ml ATP, followed by HIV patients at 263 and CFS patients at 281. CFS patients showed consistency with both the transplant and HIV patients - with the majority of patients in the median zone, followed by patients in the low zone, with the smallest percentage in the strong zone. More can be read in Ablashi’s and Krueger’s book Human Herpesvirus-6.

Dr. Dale Guyer uses this test in his practice and has a positive feeling about it, believing that the numbers rise as the immune system becomes stronger. This Patient Advocate is not aware of other CFS doctors using this test. It is an easy blood test and relatively cheap and fast - $180. Whether it is useful or not, is anyone's guess.
Posted by consuegra at 5:06 PM 1 comment: