Rituximab and the Press

The long-awaited Norwegian study on Rituximab and ME was finally published today. This story is here. This is a very big deal. It will be interesting if this is picked up by the mainstream media, and this reality will be a key to determining if ME has reached a higher level in the the consciousness of "Important People". Where are Amy Dockser Marcus and David Tuller when we need them, when there is a real thread or story to be followed? I mean it is not like they didn't know this was coming?
Many who had seen the presentation by the two Norwegian cancer researchers, Drs. Fluge and Mella, at the InvestinME conference in May in London, or had seen the subsequent DVD lecture, knew what was coming - and awaited the official publication with excitement. This is going to open up an entire potential new branch of investigation of ME as an autoimmune illness characterized by immune disregulations. This association, which needs further study, potentially puts ME a step closer to an acquired immune deficiency. Another door has been opened into research and treatment - but many new questions can now be asked.
These two Norwegian cancer researchers stumbled upon the association of Rituximab and ME by serendipity. However they immediately realized they had struck upon something interesting, and aggressively pursued a double-blind, placebo-controlled trial with thirty patients. While the trial was small, the results were impressive.
A larger trial is underway, and we can be assured that these two researchers will continue to pursue and investigate this treatment - even though it is a side-light to their main cancer work. Both these researchers give the impression of being extremely serious in their studies - and they make no false claims. They are both cautious and optimistic.
Other clinician/researchers will also pick up on this study and build on it. Further studies investigating treatment protocols, involving dosage and timing, with Rituximab or with upcoming drugs in this class will now also occur. A ball has started rolling here. Clinician/researchers in the United States and perhaps elsewhere will explore the use of Rituximab off-label in ME. Kogelnick in CA is rumored to be doing a trial with Rituximab. Peterson is known to have interest in this drug. One can imagine the WPI or the new Mount Sinai ME/CFS research and treatment center giving Rituximab a try.
The most interesting thing about Rituximab is that it is an existing drug that is heavily used world-wide. Rituximab is not without side effects, but future drugs in the same class promise to be more tolerable and safe.
Cort Johnson has written an excellent essay of Rituximab in December 2010 and I refer you to that here.
Posted by consuegra at 7:07 PM 17 comments: 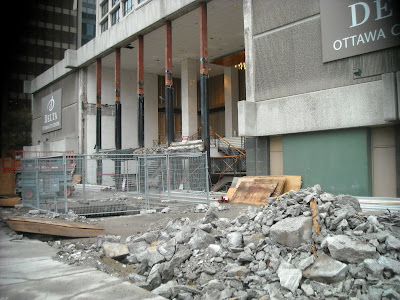 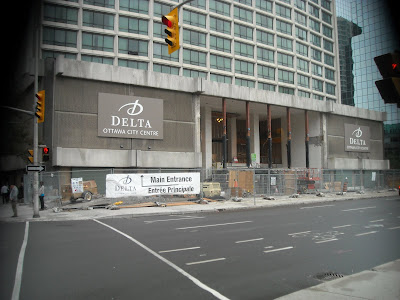 I tend to focus on clinician/researchers. I suppose this comes from my own sense of urgency - of wanting to get on to treatments. Personally I would like to see a small clinician/researcher-driven conference, more in line with the InvestinME conference. I would like to see more concentrated discussion of treatment options and focused discussions among doctors and researchers who understand this illness and/or have clinical experience. I would like to see more coordinated, structured talks on biomarkers, and a broader, focused discussion of options for treatment trials. The time to do this is now. The Ratna Ling group and the InvestinME conference give us the examples to follow. I would like to lock in a room various people - Brewer, Cheney, de Meirleir, Guyer, Klimas, Bell, Enlander, Myhill, Levine, Peterson, and Montoya - and not let them out until they agreed on something in regards to diagnostics and treatment. I know it is there. Why can't this happen?
There are other important things on which to focus. Many are intent on continuing the search for a viral or retroviral insult with this illness. More are convinced of this now than at any time in history. This is not 1992. The question is how to deal with this, how to move forward with existing or new therapies. Those who think that the final pounding has occurred with HGRV had better think again. Retroviral drugs, in a few people, are working against something. Most likely they are the wrong drugs and the wrong dosage, but there are possibilities in this direction.
I spoke to Dr. Peterson while we were waiting to board a plane in Ottawa. He emphasized that there were now three options for treatment - Ampligen, Rituximab (Rituxan) and anti-virals. (I don't think he was including anti-retrovirals.) And there are other options that he did not mention.
Meanwhile the Hutchins foundation has pledged ten million to study viruses in this illness. Leading their study is the ever-present Ian Lipkin, who has a powerful idea about himself. He certainly has the equipment and the lab to probe deeper into the viral cause. The question is, will he build on recent experience and find what already has been found? I think many people would be perfectly happy if he did this.
Further information:
It looks like the Chronic Fatigue Initiative (despite its terrible name) is going to do some of the studies that the CDC should have done years ago. They’re using both the Canadian Consensus Definition and the CDC’s “empiric” definition. This seems to be a mistake at first glance, but, if they analyze the two groups separately and show that the “empiric” definition doesn’t really define anything, it could be useful.

Specifically, the CFI is funding some important epidemiological research at Harvard. Researchers there will look at a large group of nurses and health professionals that already have been followed for many years to see who develops “CFS” and what happens to them over time. Hopefully, this will provide the longitudinal picture of the disease that has been lacking up to now, as well as insights into predisposing factors. They will examine a large sample of men and women with “CFS” to determine what environmental exposures they have had. This, too, has been poorly understood. Hopefully, they will be able to begin to understand whether viral infections lead to environmental sensitivities or vice versa (i.e., environmental exposures adversely affect the immune system which makes patients prone to re-activation of old viral infections or acquisition of new ones). This population of patients, as well as the group of nurses, apparently has blood available from both before and after becoming ill, so there is the potential to look at what specific triggers do to various blood tests. This could enhance our understanding considerably. One hopes that they will also be looking at geographic and family clusters--if not now, soon.

CFI is also hoping to clarify pathogenesis by recruiting 200 well-characterized “CFS” patients with the help of Drs. Klimas, Bateman, Peterson and Montoya, as well as 200 healthy matched controls. They will collect clinical data and biological samples from the two groups, looking for clues about what causes the disease. They will store the biological samples in a centralized biobank at Duke University. The samples will be available to other researchers for study. Once this database is complete Dr. Ian Lipkin and Dr. Mady Hornig will be using the samples to look for novel viruses or other pathogens. Again, this is a long-delayed effort that is sorely needed and has the potential to be very productive.

Finally, the CFI is establishing a program called Mechanism of Illness that will provide grants for research looking for the mechanisms involved in “CFS”. The first grant is funding a Fellow in Infectious Diseases at the New York Presbyterian/Columbia University Medical Center. It is important to train new clinicians and researchers who will spend their careers studying and treating ME/CFS. We can hope that other grants under this program will advance the understanding of ME/CFS.

The CFI states that its aim is to fund programs which will stimulate interest in “CFS” and result in increasing commitments by other institutions to research. Certainly, the efforts of the WPI over the past two years have done that. We can certainly hope that the CFI will help to continue that momentum.

Online screening: Voices from the Shadows

Natalie Boulton and Josh Biggs' ME film "Voices from the Shadows" will be available for people in the USA and Canada to watch free of charge online - during the Mill Valley film festival, where the film is being premiered. The film festival runs from October 6th-16th and the free screening will be extended to October 30th. The film will be able to be accessed for streaming at http://mubi.com/festivals/mill-valley. It will not be downloadable.
This screening is available through a Mill Valley/MUBI collaboration. The will be more information on the website: http://voicesfromtheshadowsfilm.co.uk
This is a timely event. Today is a very good day to reflect on the serious nature of this illness, Myalgic Encephalomyelistis - and to expand the knowledge base of information so that necessary research and treatment can move forward for these neglected and abused patients.
This is a must-see film.
Posted by consuegra at 8:16 AM 1 comment: